What is a FLIR Camera? 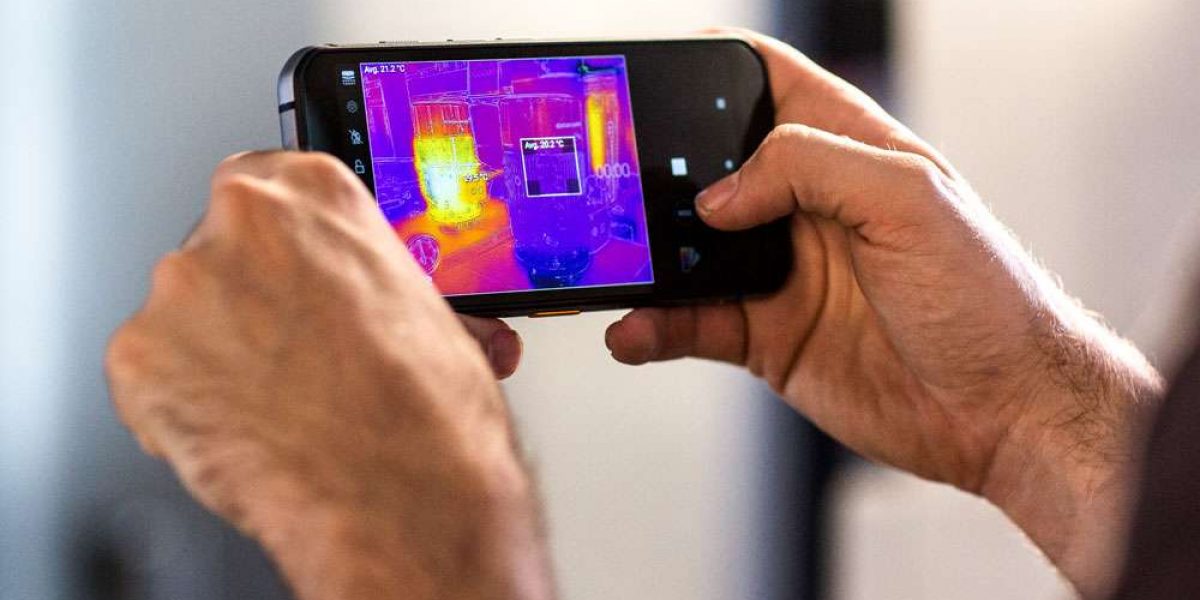 An FLIR camera uses forward-looking infrared thermal imaging technology. These types of cameras are typically used in surveillance, monitoring, searching, and tracking. However, they can also be useful in construction, warehousing, transportation, and extreme sports. Aside from traditional FLIR cameras, you can also find smartphones with built-in FLIR cameras.

In this article, we’ll discuss FLIR cameras and how they work. Plus, we’ll cover the top six phones that incorporate FLIR cameras.

Any questions? Fill out the form below and we will respond within one business hour.

What Is an FLIR Camera?

A FLIR camera is a type of camera that uses forward-looking infrared thermal imaging technology. They were primarily developed for military use. Today, these types of infrared cameras can be used for a wide range of activities, from monitoring traffic to executing quality control for electrical installations. The reason why FLIR cameras are valuable in numerous industries is because they feature diagnostic technology, which is used to assess, visualize, and solve thermal issues.

What FLIR cameras essentially do is detect thermal energy and produce light that’s projected onto a display as an image. This whole process is called thermography. The final result is an IR diagnosis report that’s interpreted by professionals who then evaluate the situation and find the best possible solution to the problem.

FLIR cameras are also heavily used in maintenance in order to verify how dependable various mechanical and electrical systems are. That being said, these types of cameras are not only used to analyze locations, but objects as well. This is possible as energy can be emitted, reflected, and conveyed by virtually all objects, just at different frequencies.

With the help of these devices, workers are able to detect a potential problem and solve it before it becomes a real issue, saving a lot of time, money, and effort.

What Does FLIR Stand For?

FLIR stands for “Forward-Looking Infrared.” Previously, all types of thermal cameras were referred to as FLIR cameras. However, this description is no longer accurate since it technically refers to a FLIR branded camera. Interestingly enough, the term FLIR was first used in the 1960s, when thermal imaging technology was in the developmental phase.

How to you Pronounce FLIR?

The term “FLIR” is pronounced like most acronyms, by simply saying each letter one at a time. In this case, the correct way to pronounce “FLIR” is “F,” “L,” “I,” and “R.”

Why Are FLIR cameras so Expensive?

For starters, FLIR cameras are far more advanced than regular cameras, which capture light that’s visible to the naked eye. FLIR cameras, on the other hand, pick up on invisible thermal energy, which is basically heat. The light is then presented in various colors, which indicate the differences in temperature.

FLIR cameras are so useful as they create images based on thermal energy without having to scan anything with a standard motion sensor. It goes without saying that these cameras are so expensive because they employ state-of-the-art infrared technology. What’s more, they use various infrared detection sensors to perceive any form of thermal energy emitted by an object.

Another reason why FLIR cameras are so expensive is that they can be used in a wide range of fields and industries. As mentioned before, FLIR cameras were first utilized by the military. They can be a valuable asset in surveillance, tracking, and searching. Today, they’re employed by construction and warehouse workers, pilots, firefighters, drivers, electricians, engineers, photographers, etc.

For anyone interested in purchasing an FLIR camera, the good news is that their prices have been falling in recent years. This is due to the growing popularity of portable and fixed infrared technology, which is based on microelectromechanical system applications.

There are different ways to use FLIR cameras. For those who want a more compact device that’s portable and lightweight, you have two options to choose from: FLIR multimeters and FLIR phones.

Multimeters are created to measure electrical current, voltage, and resistance. More hi-tech digital models can measure temperature and thermal radiation as well. To use this device, all you have to do is point it towards the area you want to scan, and press the IGM (Infrared Guided Measurement) button. With a FLIR multimeter, you can use non-contact voltage measurement. These digital devices are very easy to use, facilitating the quick and efficient completion of work tasks.

In comparison, FLIR phones are much more versatile as they offer a larger number of specifications. Popular rugged phones, like the CAT phones series, not only have built-in FLIR cameras but many other features, including break-proof technology, an extra-long battery life, Wi-Fi and Bluetooth connectivity, ample memory space, and much more.

If you’re not sure which device you need, a FLIR multimeter or a phone with a FLIR camera, your decision should be based on your requirements at work. While FLIR multimeters have a lot of handy functions, phones with FLIR cameras give you much more diversity and useful features.

Can FLIR Cameras See Through Walls?

Technically speaking, FLIR cameras don’t have the ability to “see” anything. On the contrary, they detect thermal energy that’s emitted by people or objects and turn them into various colors based on the temperature differences. While FLIR cameras can perceive and measure the energy emitted and reflected by objects, can they do so through walls?

Even though this scenario has been reenacted in countless movies, it is highly unlikely. FLIR cameras can’t see through walls because they’re too thick, and in most cases, insulated. Therefore, any thermal energy behind the walls would be blocked. However, if the FLIR camera is directed towards the wall, it would be able to scan thermal heat from the wall itself, not from anything that might be behind it.

Moreover, if there is a heat source on the other side, which is powerful enough to change the wall’s thermal energy, a FLIR camera should be able to detect this shift in temperature.

This highlights just how useful FLIR cameras can be in these situations. They can pick up on any temperature variances within the wall and uncover issues that might not be revealed otherwise. That’s why building maintenance and construction workers can greatly benefit from FLIR cameras. These neat devices can detect a variety of issues, like leaks, missing insulation, malfunctioning wiring, and similar.

Does FLIR Work in Fog and Rain?

When it comes to fog and rain, thermal imaging technology performs less effectively. The droplets, which allow less thermal radiation to escape, make it more of a challenge for FLIR cameras to detect heat. That being said, FLIR cameras are still able to penetrate fog and rain much better than a regular visible light camera or the human eye.

FLIR cameras can also penetrate smoke, which is why they’re used by firefighters. The hotter something becomes, the more thermal energy it will emit. Even though a reduced amount of light will be detected due to smoke and soot particles, a FLIR camera would still be able to pick up on it. This helps firefighters navigate rooms full of smoke when they can’t see anything.

Thermal imaging technology works even in complete darkness. Have you ever watched a National Geographic documentary where the photographers use infrared cameras to spot animal activity at night? This is because FLIR cameras don’t need daylight, or any other type of light, to capture thermal radiation. In other words, thermal imaging technology isn’t affected by darkness at all.

Top 6 FLIR Devices on the Market

There are various FLIR phones to choose from. Here are some of the best models:

The CAT S62 Pro is one of the best FLIR phones out there. The FLIR camera features a variable intensity 3.5 multi-spectral dynamic imaging technology. With its hi-tech diagnostic tools, the FLIR camera provides the user with detailed insights that could be used in a number of ways. With the CAT S62 Pro, you would be able to monitor and diagnose issues on site, allowing for time-efficient problem-solving.

The CAT S62 Pro’s FLIR camera is able to pick up on thermal radiation that’s up to 100 feet away. Plus, this device has the capacity to detect and estimate any differences in temperature, and turn it into an infrared image or video. In terms of temperature, this FLIR camera’s measurable range is between -20 and 400 degrees Celsius or -68 to 752 degrees Fahrenheit.

The FLIR ONE PRO is a professional-grade infrared camera and smartphone accessory, which can produce incredibly clear and detailed infrared photos and videos. The camera is actually attached to your phone like a case, and it’s compatible with iOS phones and tablets. You can even find a model for Android devices. The FLIR camera uses VividIR image processing technology and thermal resolution to help you detect and solve any thermal issues you may encounter.

The FLIR ONE PRO lets you choose between nine different color palettes for the temperature changes. Additionally, the radiometric JPEG capture technology gives you the option to shift your point of measurement, even after the photo was taken.

Although not technically a cell phone, if you’re looking for a handheld thermal camera system, then you might want to consider the Hti HT-301. The FLIR camera is compatible with all Android devices, and it uses the phone’s battery to operate. Its advanced infrared technology lets you detect and measure any changes in thermal energy, catching any problems with insulation, plumbing, electricity, and similar.

The FLIR camera captures infrared images and videos in real-time with point, linear, and regional temperature measurements. The Hti HT-301 allows you to customize the FLIR camera’s settings; you can even alter the color palette.

The camera works day and night, even in complete darkness. When it comes to temperatures, it can measure from 4 to 626 degrees Celsius, or -40 to 626 degrees Fahrenheit.

The CAT S61 is a 4G thermal smartphone that has an integrated FLIR thermal sensor. It’s not as advanced as the CAT S62 Pro, but it’s still a high-quality device that features thermal imaging technology. With its LWIR micro thermal camera module and FLIR’s MSX® technology, the CAT S61 can detect an increase in heat up to 400 degrees Celsius, even from 100 feet away.

Everything is achieved with the MyFLIR app that’s installed on your device by default. You can use it to identify moisture or missing insulation near windows and doors, or inspect walls. This device is also fully rugged and resistant to water, dust, and dirt, so you can use it in virtually any environment.

The Seek Thermal compact is an all-purpose thermal imaging camera designed for iOS and Android devices. With 206 x 156 thermal sensors, its FLIR camera has a 36-degrees field of view. Its detection range is between 4 to 626 degrees Celsius, or -40 to 626 degrees Fahrenheit. It has a customizable color palette, and it can detect changes in thermal energy from 1,000 feet away.

This device is waterproof. It’s designed for contractors, building inspectors, and engineers. Aside from identifying energy loss, this FLIR camera can also find electrical faults and water damage.

Talk to a FLIR Expert

If you are interested in purchasing a FLIR camera or a FLIR phone, the best thing you can do is talk to an expert. There are so many factors to take into consideration when buying a FLIR device, which is why you need to find a FLIR phone that can meet all of your requirements.

One of the best options available is definitely the CAT S62 Pro. Contact Energy Electronics if you’re interested in this device, or if you have any other questions regarding FLIR phones.

Any questions? Fill out the form below and we will respond within one business hour. 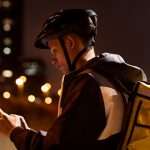 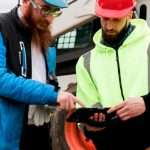 Top Tablets With Barcode Scanners of 2022 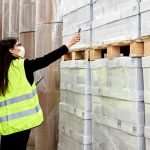 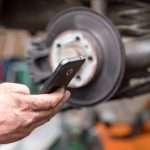